Houston, Texas–May 2, 2020 Founder, CEO and television host, Valarie Hurst of Sparrow Media, LLC (a multimedia company), has served as a spiritual compass to many over the past three decades . She has helped humanity navigate the terrains of life’s journey with their own personal transformations, love and relationships, family challenges, business and success, served on non-profits and helped women shift their mindsets around money in her former wealth coaching business. Valarie has been trained in various healing modalities since 2006 and has also worked in partnership with Dynamic Global Media and KVQT 21 Houston under the direction and mentorship of Filming Director Gary Parker, who’s experience in television production spans 40+ years and has worked for networks such as KTRK Channel 13, ABC, NBC, ESPN, HBO, and NASA. She is also trained in filming, storytelling, journalism, editing and business under the direction and mentorship of Michael Rosenblum who has worked with major television networks such as BBC, CBS, Food Network and several talk shows on major television networks.

Valarie’s passion to see humanity thriving in all of these areas that she refers to as the six pillars has been the catalyst to her show and TV network. Her innate ability to see and feel beyond logic, paradigms and words to identify where people get stuck in life and help them untangle their challenges preventing forward movement and evolving, is often met with deeply hidden beliefs in our subconscious that do not serve our highest good.Facilitating healing has been the epitome to her life’s work and where the true transformations take place. It is Valarie’s belief, unless we get to the root of the trauma and/or problem and clear out the blockages (which is stuck energy that gets held in our cellular memory), the same cycles and patterns will continue to show up in our lives eventually causing health issues as well as depression and anxiety. Valarie states, “the true transformation begins in our minds and what we believe about ourselves.“

Sparrow Media, LLC is a spiritually conscious global TV network based in The Woodlands, Texas offering a variety of topics on the “six pillars of life” and consisting of subject matter appropriate to the current time, period or circumstances of contemporary interest. The content of our show is about people who are seeking truth, tools and resources in regards to spiritual growth and healing as it relates to personal transformation in their own lives, marriage and relationships, family, success and business, wealth and social impact. The center of interest is to bring spiritual healing and awakening of the human spirit, while inspiring people to reclaim their true essence and mission in life through unbiased, relatable and universal discussions free from ideologies.

Sparrow Media, LLC is available globally via digital TV platforms such as Roku, Apple TV, Amazon Fire TV, Internet TV and offering our partners and viewers the option of satellite TV by the end of 2020. It is our goal to be the place people go to when they want to be inspired by watching weekly TV shows that entertains and informs with thought-provoking, introspective and engaging content that sparks awakening of the human spirit thus effectuating social impact in your community and globally.

The network will roll out with a soft launch of the first daytime television show namely, “Valarie,” starring Valarie Hurst as the host by fall 2020, followed by other TV shows who align with the networks vision, mission, core values and genres.

It is clear by the current state of the globe that we’ve been prepared all along for this very moment in history to bring our audience a network that provides content to help rebuild lives, marriages, families, businesses, wealth and social impact in a way that challenges us to think differently, break ties with the past and imagine a world anew. 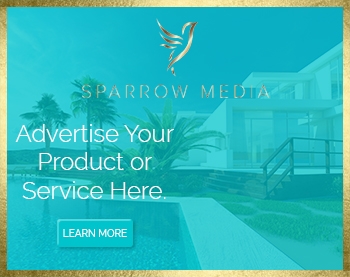